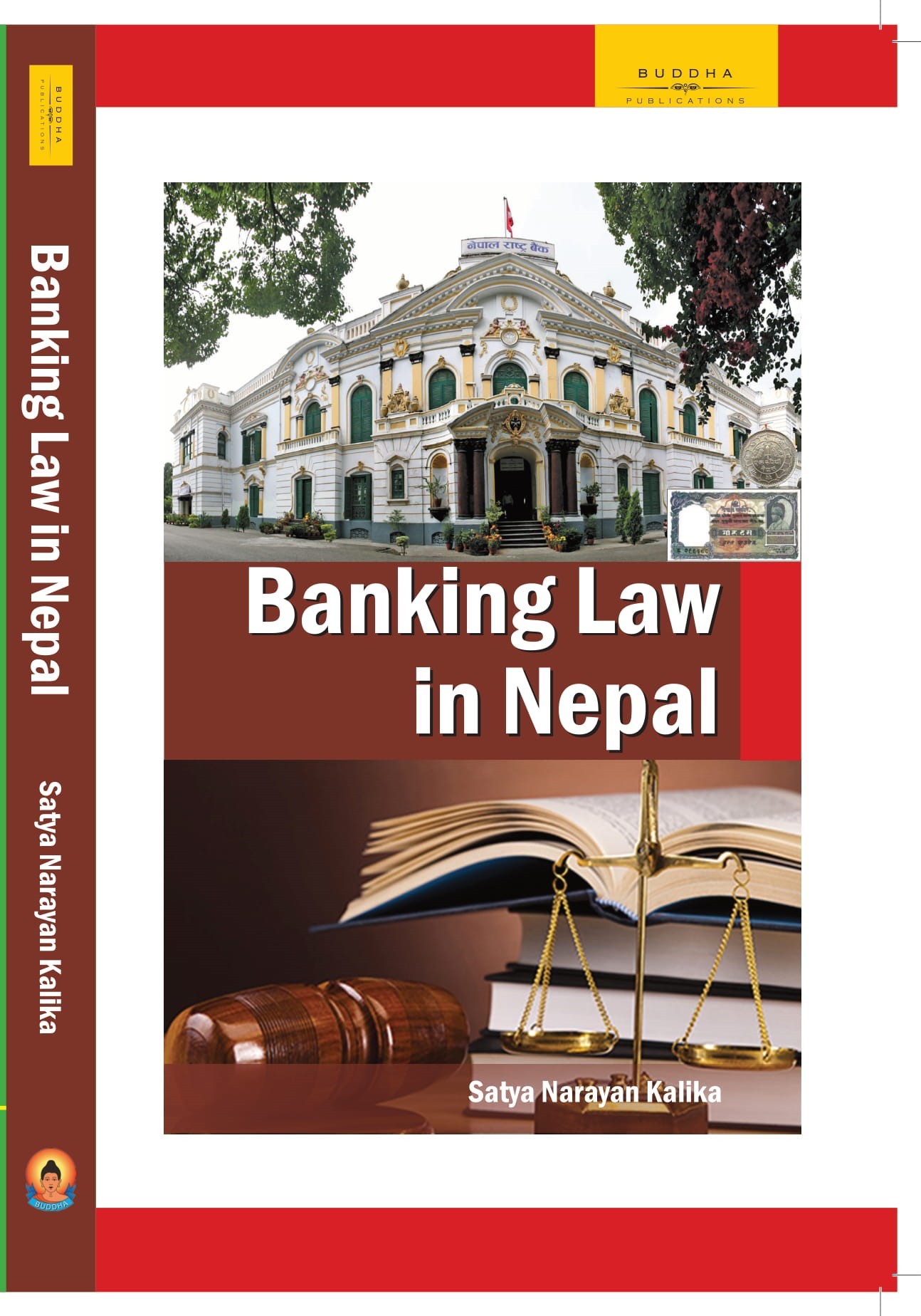 Banks to a country’s economy are of pivotal importance – they facilitate the flow of money in the economy, like the blood vessels facilitate the flow of blood inside a human body. A lawful operation and regulation of the banking system is necessary for the smooth functioning of the economy. Banking law is the branch of public law which seeks to regulate the establishment, operation and termination of any banking company or financial institution, and contributes in maintaining the trust of the general people towards banking system.
Keeping in view the growing role of banking system in the economy, there have been made a number of laws and rules relating to the operation and regulation of banking business in Nepal. As an academic and a lawyer involved in the teaching and practice of banking and business laws in Nepal, I have strived to fulfill the vacuum of a book on contemporary Nepalese banking law written in English language.
This book provides a general introduction to the range and reach of the law of banking. It also presents a framework of the possibilities and limits of contemporary Nepalese banking law. This book is prepared to meet the requirements of the academic and professional markets, and is believed to be useful to academia, legal practice and banking sectors. Students, professors, bankers and lawyers studying about or practicing in this area of law are the expected beneficiaries of this work. It also fulfills the requirement of the academic courses of banking laws in the management and law schools of Nepal. The enthusiastic responses that my other books on other branches of commercial law have received from the market have encouraged me to prepare this book.
This book has been divided into five units. The first part highlights the general introduction and principles of Banking Law, Establishment and Functions of Bank. The second part deals with Central Bank and Bank Regulation in Nepal. The third part deals with Bank Management (AGM and BoD). The fourth part deals with Bank and Customer Relation, Negotiable Instruments and Int'l Banking Organizations. The fifth part provides a highlight of the major banking laws in force in Nepal. In sum, this book has covered most of the important aspects of the law of banking in the Nepalese context, and has highlighted the recent practices and latest developments in the Nepalese banking law. The dates given in this book are of the Bikram Sambat calendar, unless specified as Anno Domini. At the end, it contains a subject index.

Buddha Publications Pvt. Ltd. of Kathmandu, Nepal is an established and leading name in the area of publications of books in Nepal. The company has published books in wide range of topics covering Management Science, Business and Management, Statistics, Mathematics, Economics, Sociology Education, Public Administration, Science and School Books and General Reference.

You can login using your social profile